By God! In earthly riches fear is hidden and peril is concealed…

One of the spiritual responsibilities of the followers of Baha’ullah is to observe the Huququ’llah (the Rights of God), a law requiring the payment of 19% of total savings from the annual income of a Baha’i’s work, trade, or crop, if it exceeds the value of 19 mithqals of Gold.

The Blessed Beauty has acknowledged the payment of Huququ’llah in Kitab‐i Aqdas, as a means of increasing blessings and bounty, and to cause kindness in different respects.

Various NSAs, in assistance with the trustees of the Board of Huquq’u’llah, hold regular meetings on to encourage the Friends to pay the Huquq’ullah, and to plan for its receipt.

They also intend to encourage those among the youth who are employed and possess particular skills to pay the Huququ’llah.

We should all observe the following issues regarding the very important status of the Huququ’llah.

1. According to Kitab‐i Aqdas, payment of the right of God is a private and personal affair. No one is permitted to ask for it. No one is allowed to insist upon its payment. Therefore, to hold meetings, public invitations for the Friends, and any such planning for the receiving of the Huququ’llah from the Friends, etc.; all such activities that the USNSA is engaging in, is not in compliance with the Baha’i Revelations.

2. Bahaullah, in His tablet, Lisan‐e‐Huzur (The Language of Presence) has prohibited the attempt to own, collect, or partially/wholly consume the Huququ’llah, without the permission of the authority of the Cause.

Abdul‐Baha, in his Will and Testament, has clearly specified that “only the Guardian is the right authority of the Cause, and future Guardians will be the sole lawful recipients of the Huququ’llah.”

Moreover, in the “Nazar‐i Ejmali Bar dianat‐i‐Bahai” (an Introduction to the Bahai Faith, written By Ahmad Yazdani), the contents of which were approved and confirmed by the beloved Guardian, we read the following:

Payment of the Huququ’llah is a religious obligation; but none is authorized to ask for its payment. It will be collected by the trustee of the Huququ’llah, and will be submitted to the Guardian in every era, the sanctified reference and authority of the Baha’i Cause. And it will be utilized according to his decision.

The Universal House of Justice, despite its position in the Baha’i Faith is not allowed to receive the Huququ’llah. Only Shoghi Effendi during his own lifetime, and the Guardians that were supposed to follow him were authorized to receive and spend Huququ’llah according to the forged will and testament of Master.

3. The UHJ, during its more than 50 years of activity, has not provided any annual or periodic bill, for the large and frequent amounts received as donations, compensation, Huququ’llah, properties of the heirless deceased, etc., from Baha’is worldwide.

This lack of transparency in the financial affairs of the UHJ will lead to severe mistrust. It will also lead to accusations of the misappropriation of funds, accusations like the following: that such large amounts were used for expanding the already overly‐bureaucratic Baha’i administration, for payments to the Elective branch of the Baha’i administration, for the salaries of the 150 staff members of USNSA, or other unnecessary expenses, rather than towards public welfare, charity, or promotion of the word of God.

I sincerely invite the beloved Baha’i Friends to investigate this law and avoid paying their Huquq to unauthorized institution. Instead I suggest to spend it yourselves according to the guidelines prescribed by the Blessed Beauty and his rightful Successor. Everyone of us is a Guardian of the Cause of God. Let us guard the “Right of God” against going in the wrong hands.

(This article was published in The Caravan Magazine, Volume 2, Edition 6) 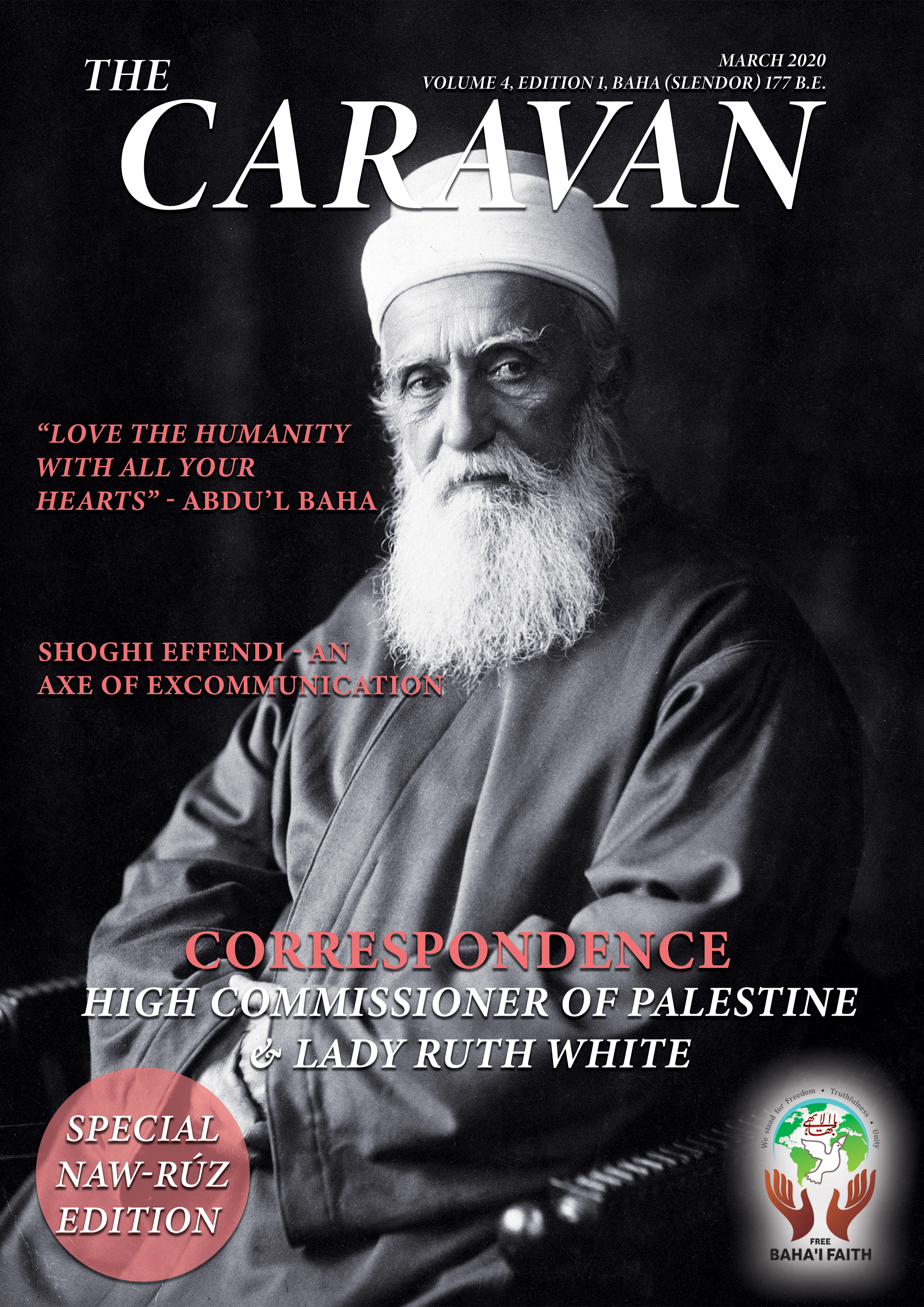