Further to the last article published in the 6th Edition of Vol. 2 of The Caravan Magazine regarding Huququ’llah, I would like to put some more light on the said topic. Huququ’llah, as we all know means “the right of God” and the collected sum is used against the socio-economic developments, or other similar philanthropic purposes. During the lifetime of Baha’u’llah, the amount accumulated was received directly by him, and following his death, to Abdu’l Baha. After the passing away of the Master, his Will and Testament stated that it must be done through the ‘Guardian’ of the Cause of God.

Now the question arises, who is the Guardian of the Baha’i faith today? And if there is no Guardian, who gave the authority to the UHJ to collect Huququ’llah in the absence of the Guardian? Well, if they consider themselves to be the self-proclaimed authority to collect Huququ’llah, don’t you think it should be their moral responsibility to maintain the records of the sum received and share monthly or at least yearly accounts, maybe at the Ridvan, which can be scrutinized by all the Baha’is?

It is the right of every Baha’i to know where their 19% of the savings of their hard-earned monies are being used. My question to all the Baha’is is, why the current form of UHJ free to collect the sum, spend it at their own free will, without being liable for any questioning or enquiry? If we assume that there is a total of 8 million Baha’is today and even if we take out an estimate of each Baha’i accumulating just $200 as Huququ’llah, the total sum reaches to 1.6 billion dollars. Where are all these monies going, from past so many years? Does even the UHJ has answer to that question? Who should be held responsible and questioned to present a Balance Sheet with a comprehensive accounting of Huququ’llah for all these years?

Imagine if we get a month-to-month breakdown of all the income and the expenses incurred from the UHJ, the functionality of the organisation will change drastically. No unwanted expenses will be incurred out of Huququ’llah and we can put all these monies to the right cause. Although the Baha’i religion is not an organisation, but since Shoghi Effendi and his allies have converted it into one, why not make it work like a proper organisation? It is high time that the UHJ clarifies its accounts and publish its Annual Balance Sheet (Incomes/Expenditures) for the perusal of the Baha’is.

Let’s question the authority and only then our hard-earned money will be put to use in the right cause – that is – for the welfare of humankind, to promote education, peace and global prosperity, to safeguard human honour and the position of religion and to spread the message of Baha’u’llah and the Master.

I would appreciate the position of the Free Baha’is here, as they are against collecting Huququ’llah and instead promote its usage for the betterment of the society, the humankind. I remember last year when I had emailed the Free Baha’i Team asking about sending the Huququ’llah sum to their team as they are doing a fabulous job of spreading the teachings of Baha’u’llah, they did not accept the offer and asked me to donate the same to an orphanage instead. I feel so proud to be associated with such people who are working towards spreading the true message of Baha’u’llah and are his sincere servants. The young people associated with the Free Baha’is, with their abundant energy and relative freedom, play a leading role in spreading the Baha’i religion around the world. Way to go!

This article was published in The Caravan Magazine, Volume 3, Ridvan Edition 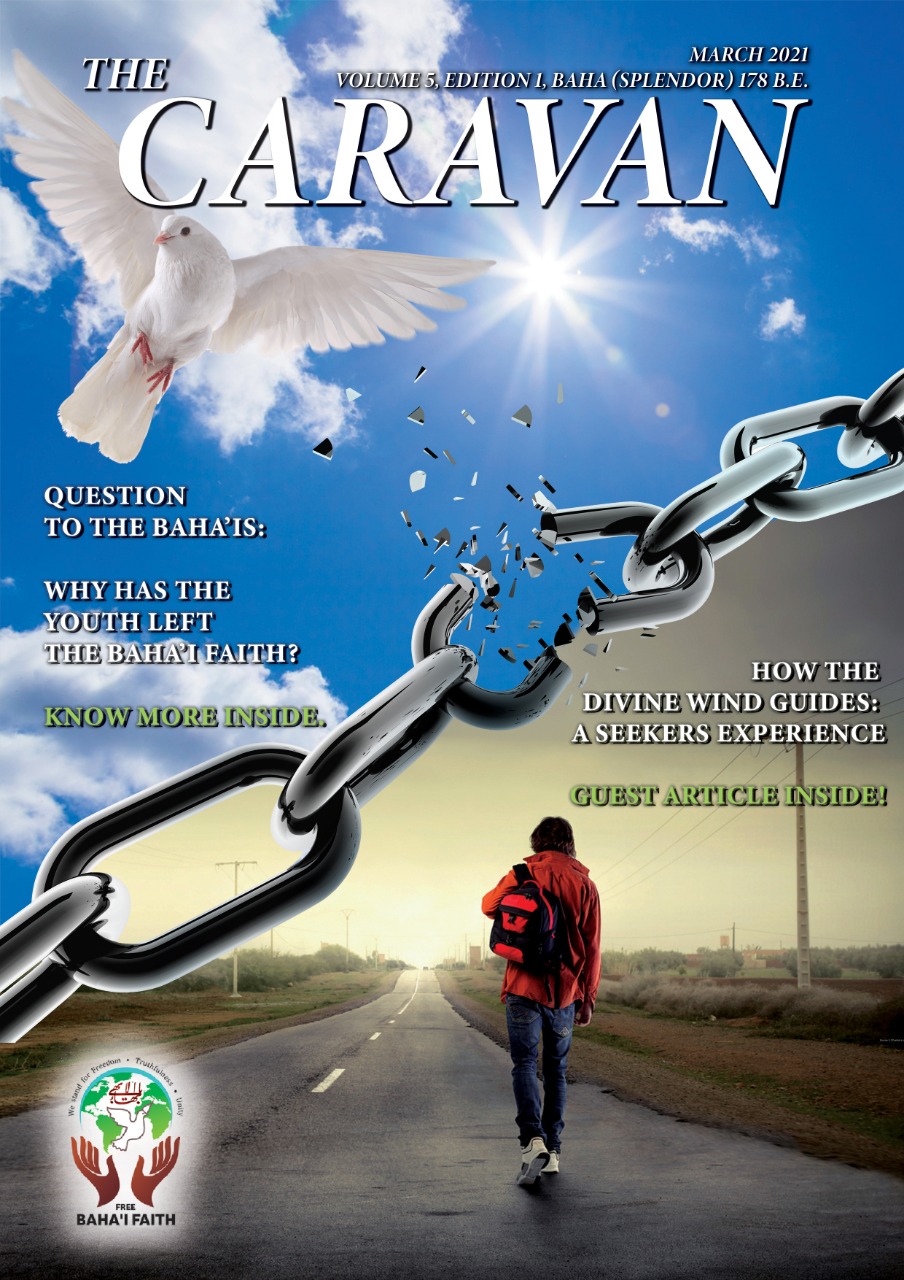