As October is nearing, Baha’is are preparing for the major upcoming celebration which is going to happen on October 22, 2017, worldwide. We will be celebrating the bicentennial of the birth of Baha’u’llah, the Founder of the Baha’i Faith.

We are proud to share the honouring letters received from World Leaders, addressing messages to the Baha’is residing across the globe.

“Baha’u’llah’s teachings of unity and peace are cherished values in our multi-racial and multi-religious society. I am heartened that the Baha’i community is active in inter-faith engagements, and continues to promote understanding, dialogue and interaction among people from different religions.” 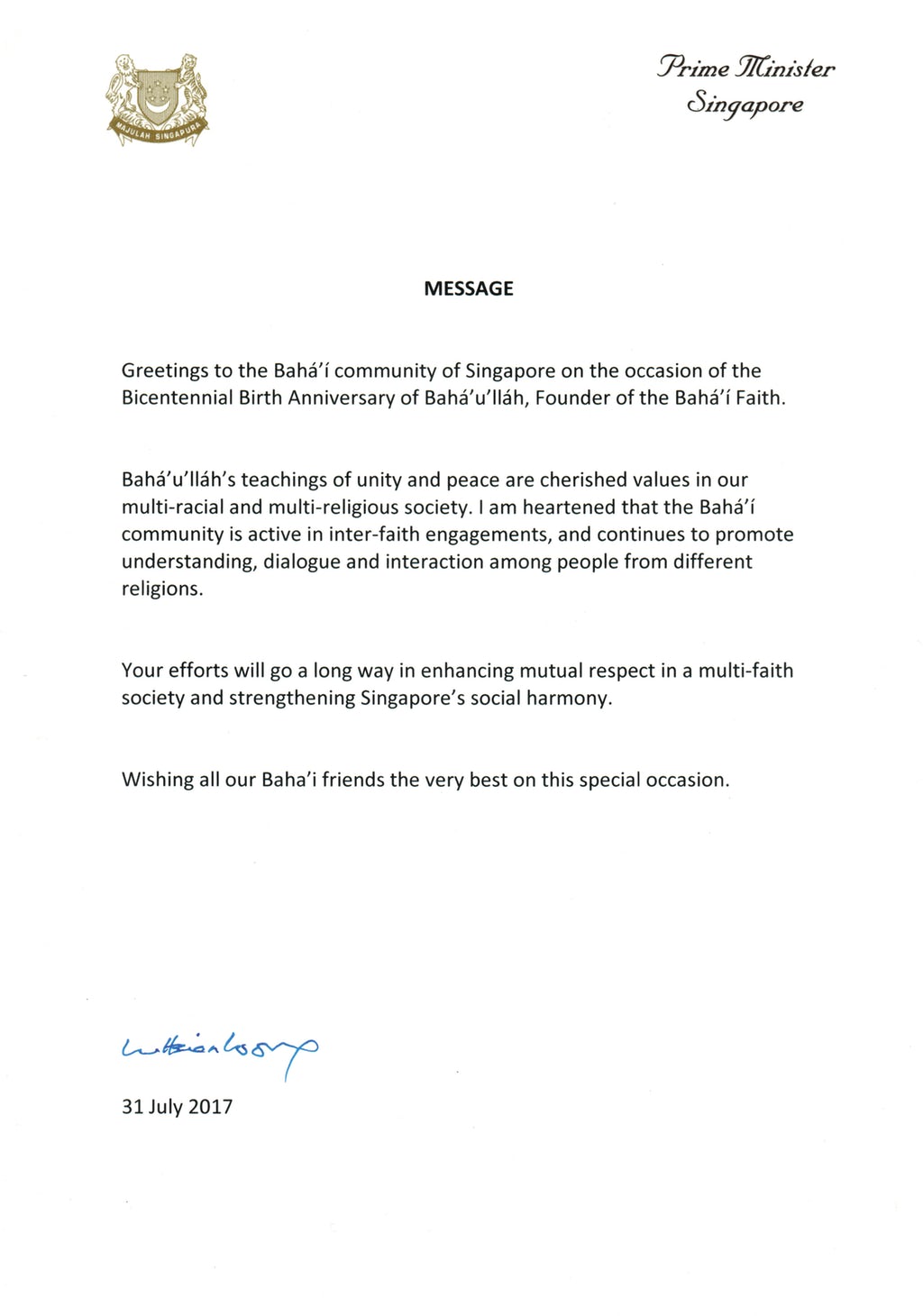 Singapore PM’s tribute is among a number that have already been received by Baha’i communities around the world. Similar tributes have also been received from the Prime Minister of New Zealand, India and Sri Lanka; along with a letter from the Federal Minister of Pakistan. In the United States, the city of Cambridge, Massachusetts, has also passed a resolution to honor the birth of Baha’u’llah and urge its citizens to work for the realization of peace, justice, and solidarity. 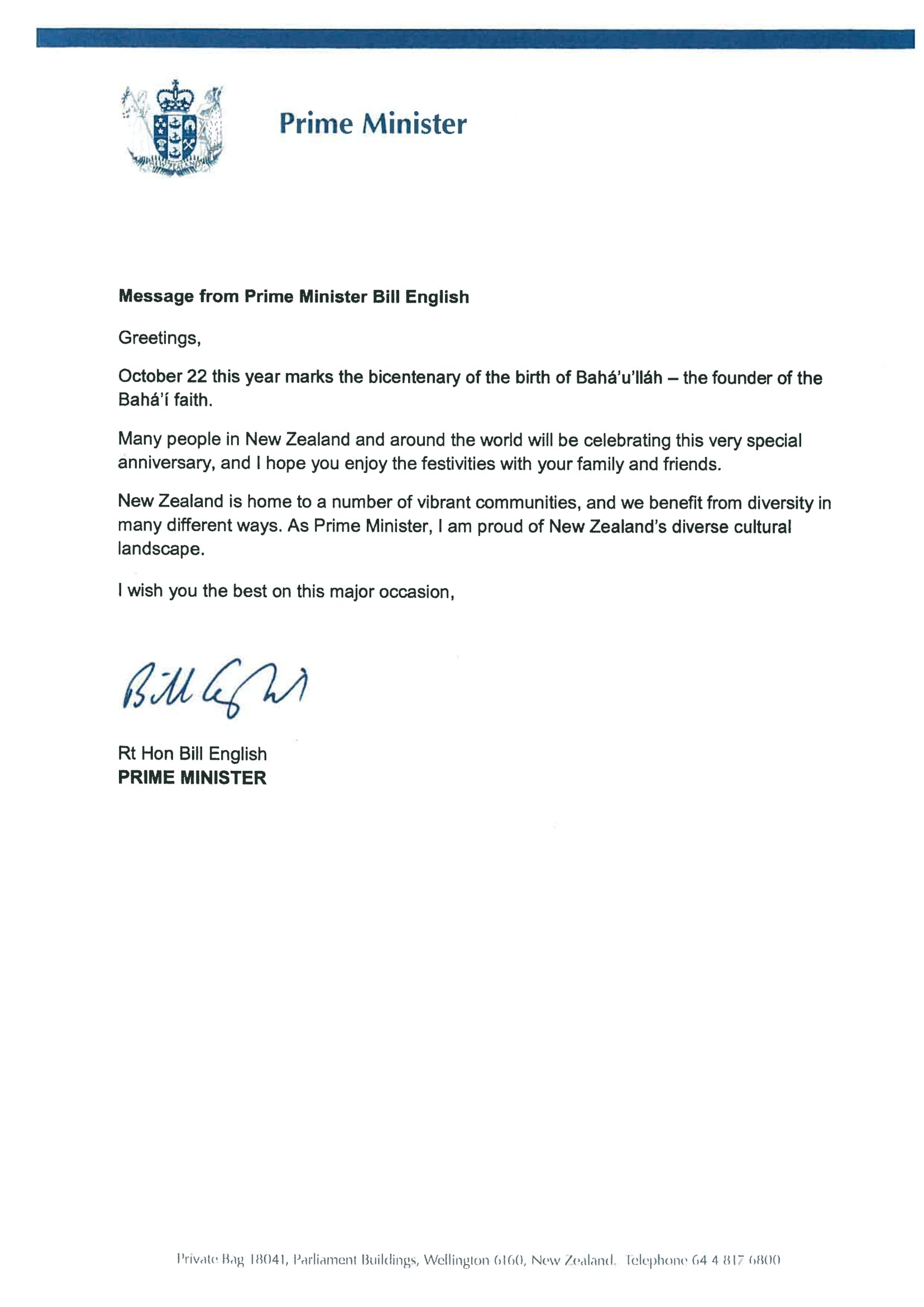 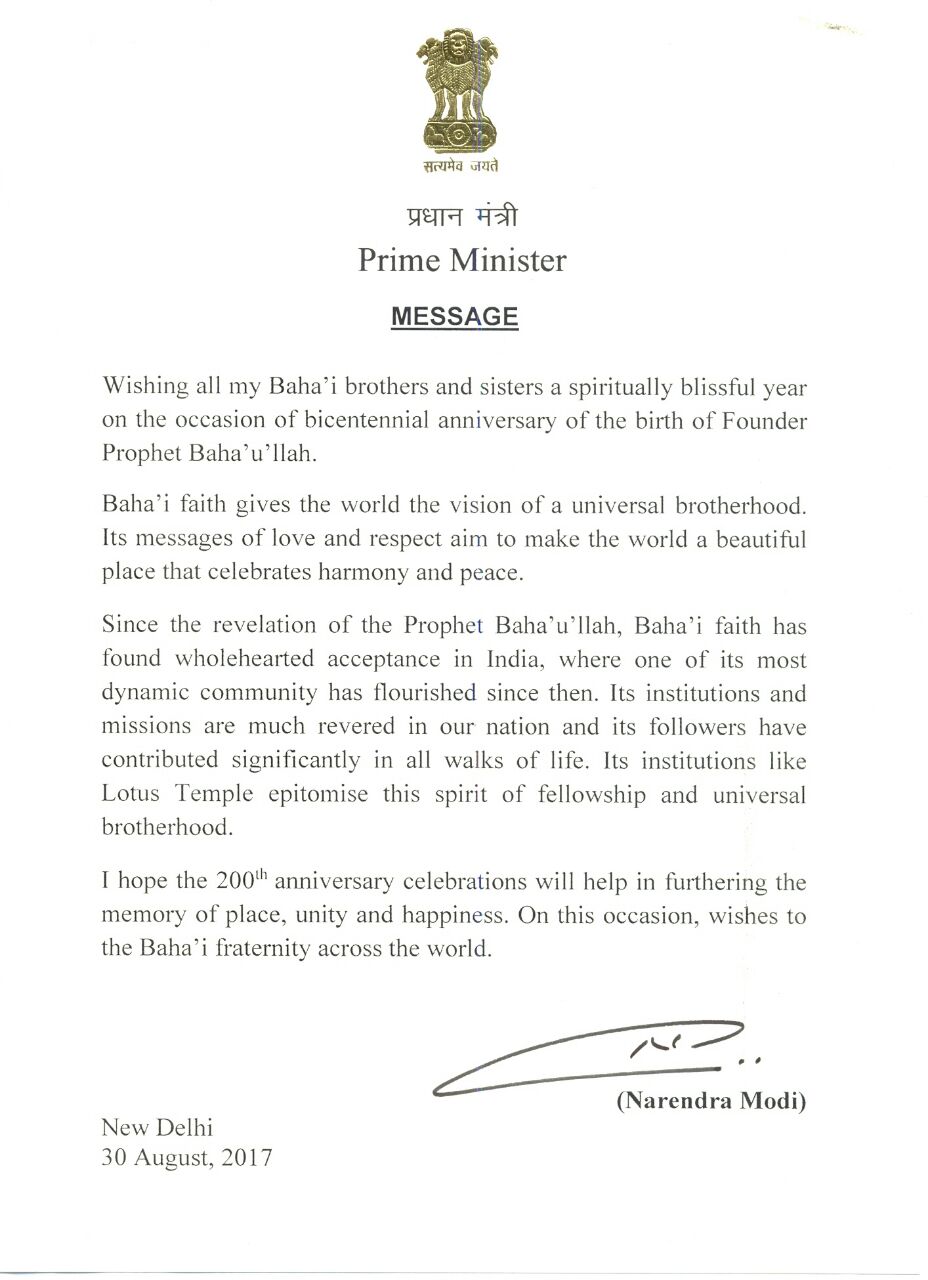 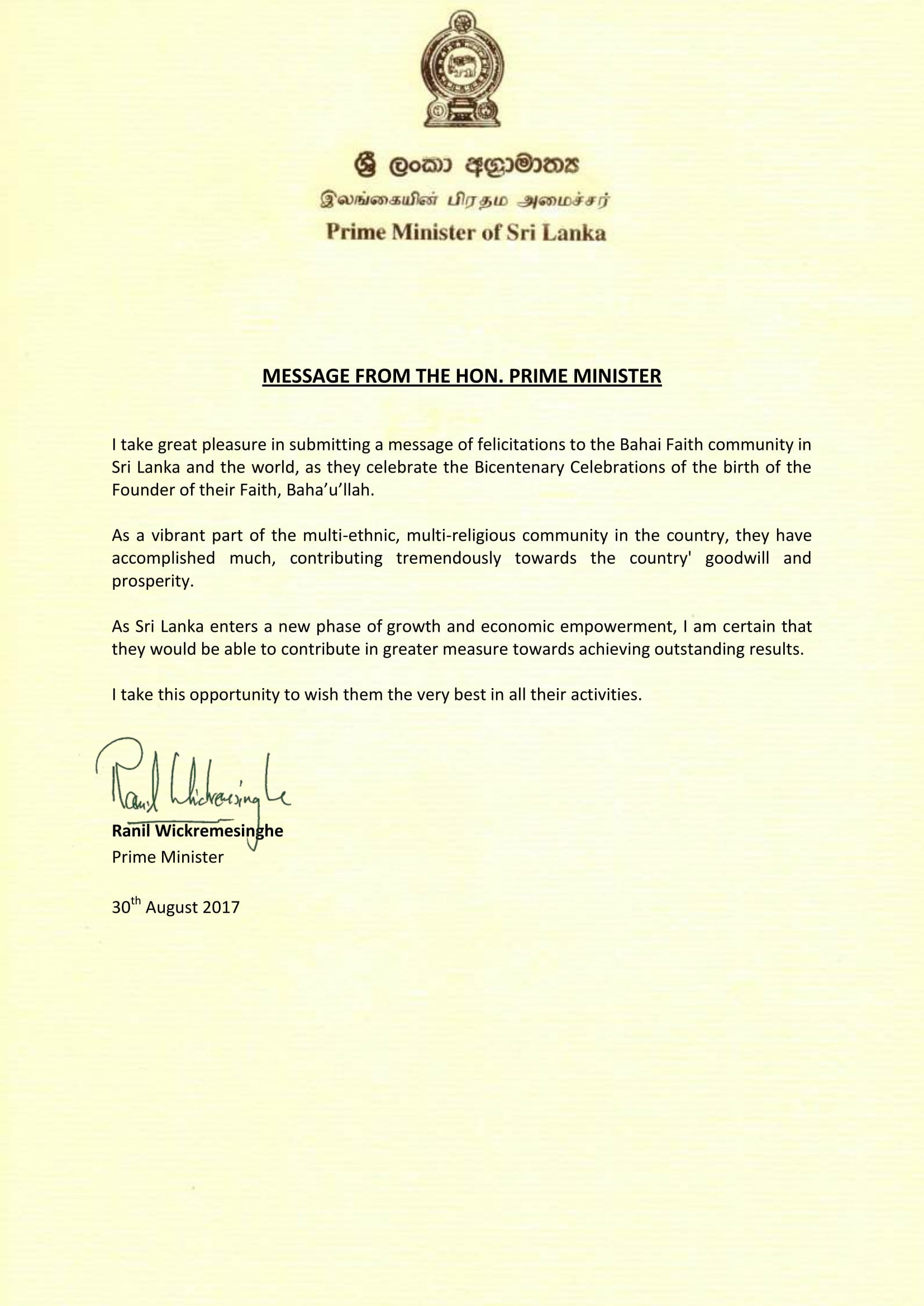 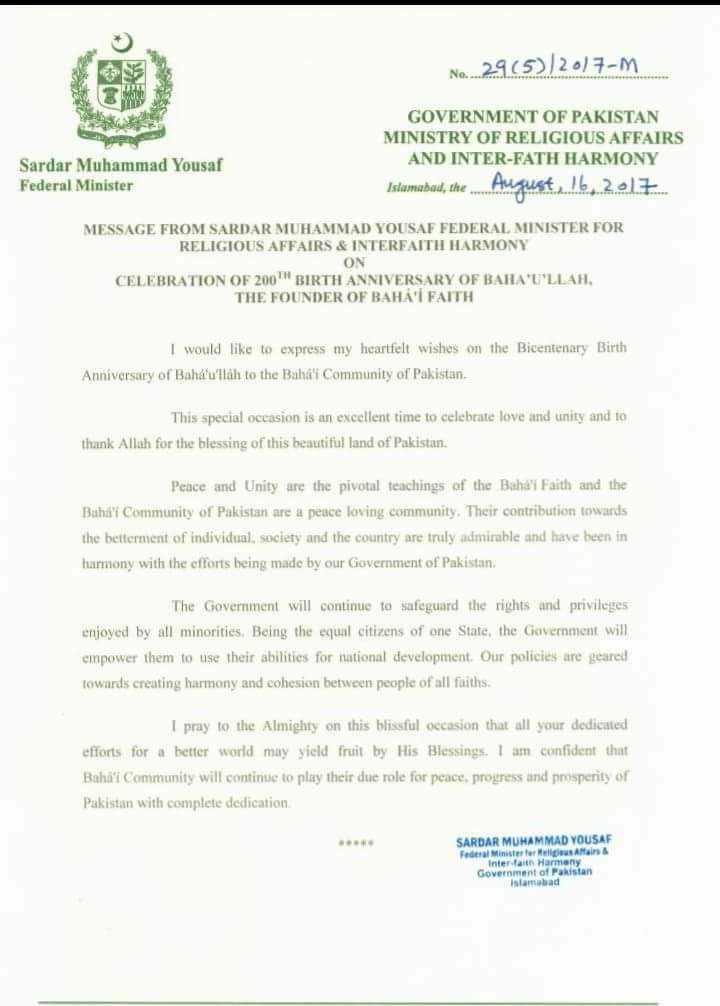 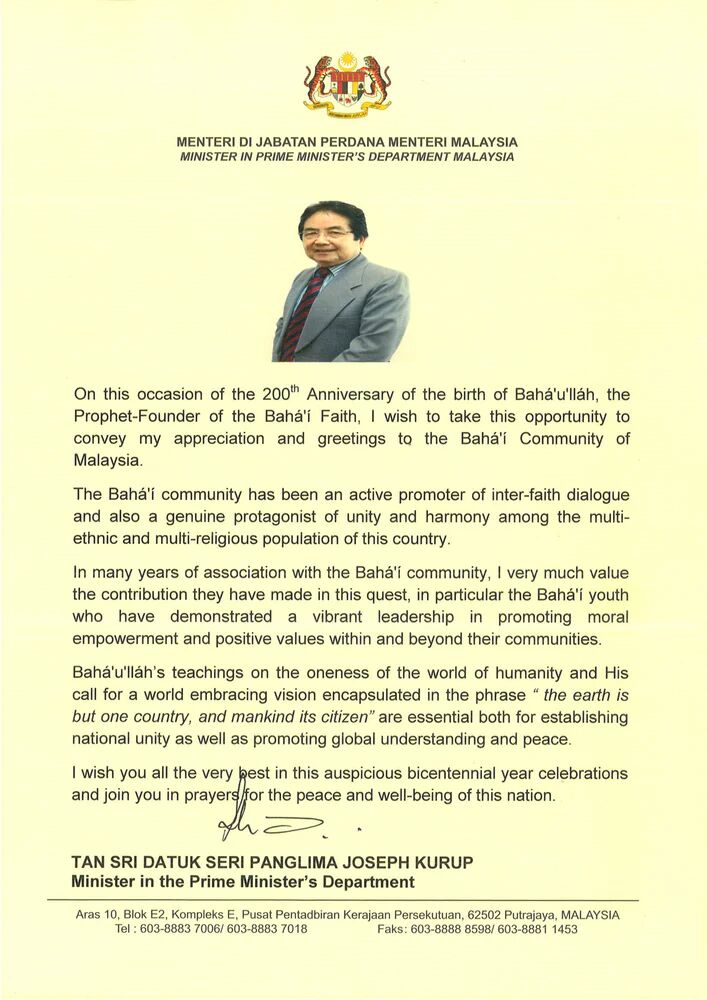 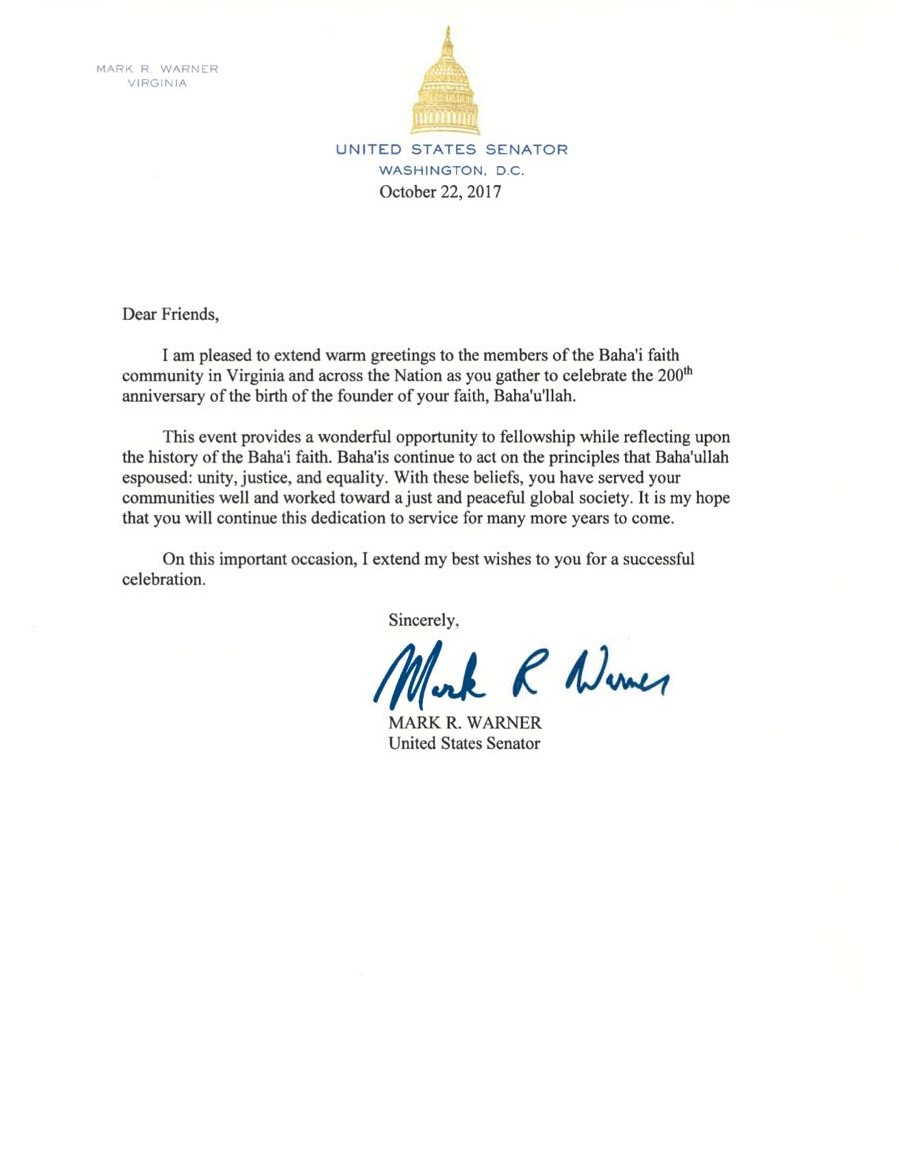 We are humbled with all the love and support received to the Baha’i community around the world and would like to thank the World Leaders for writing to us and making our event a successful one already. We look forward to many more letters and acknowledgements in the future.

These bicentennial celebrations will be open to all throughout the world. You can contact Baha’is in your local area for more information on how you could participate.

To know more about the Baha’i faith you can write to us at info@freebahais.org