The First Basic Baha’i Principle is:
“The Oneness of the World of Humanity.”

Any historical ingenious theories of essential racial superiority, which many people still embrace, can not survive investigation nor the inquisitive examination of a sincere seeker. Foundations of racial superiority prove to be nothing more than expressions of national or racial conceit and pomposity, when considered without egoism or prejudice. There is simply no known fact of human anatomy or physiology which implies that the capacity for culture of civilization inheres in one race or another race of mankind.

The strength of a living society depends upon the unity of its millions of diversified individuals in a common ideology, which must be excellently suited to the needs and conditions of that society. The science of Anthropology has revealed to us our common ancestry. Beyond doubt it has proved totally and conclusively that the human race, though varying in color, size, and feature, is not made up of different kinds and species. Humanity is one, Homo Sapiens, Man. We are one people from the same origin and with the same history.

“In every dispensation the light of divine guidance has been focused upon one central theme…. In this wondrous Revelation, this glorious center, the foundation of Faith of God and the distinguishing feature of His Law, is the consciousness of the oneness of mankind.” – Abdu’l-Baha

Long experience is at last convincing men of the truth of the prophetic teaching that selfish views and selfish actions inevitably bring social disaster, and that if humanity is not to perish ingloriously, each must look on the things of his neighbor as of equal importance with his own, and subordinate his own interests to those of humanity as a whole. In this way the interests of each and all will ultimately be best served.

“That which the lord hath ordained as the sovereign remedy and mightiest instrument for the healing of all the world is the union of all its people in one universal Cause, one common Faith. This can in no wise be achieved except through the power of a skilled, an all-powerful and inspired Physician. This, verily, is the truth, and all else naught but error.” – Baha’u’llah

We are all fruits of one tree, the leaves of one branch, the flowers of one garden. This is most characteristic of Bahá’u’lláh’s teachings onto us. The unity of mankind and of all created beings by God is the main theme of his teachings. Every member of the human family, whether of the peoples or of the governments, cities or nations, have become increasingly interdependent. For none, is self sufficiency any longer possible, in as much as political ties unite all people and nations, and the bonds of trade and industry, of agriculture and education, are being strengthened every day. Therefore, the unity and oneness of all mankind can in this day be achieved.

The whole of mankind is groaning, yearning to be lead to unity and to terminate its age long martyrdom for oneness. It yet stubbornly refuses to embrace the light and acknowledge the sovereign authority of the one Power that can extricate it from its entanglements. Our human society is now close to approaching the stage which the unification of the whole of mankind can be realized. All of mankind is but of one origin, our Shepherd is the Loving God. Upon us are bestowed His Most Great mercies, for we are considered as one fold. The highest and most excelling grace bestowed upon men is the grace of ‘attaining unto the Presence of God’ and of His recognition, which has been promised unto all people. This is the utmost degree of grace vouchsafed unto man by the All-Bountiful, the Ancient of Days, and the fullness of His absolute bounty upon His Creation.

In human nature, there is a spiritual and intellectual potentiality for development of a higher and higher form of social order. This order itself may reach its ultimate-size and shape with the boundaries of the planet, which is in a world order, but development within that final commonwealth is unlimited. The very nature of things is in the realization of the inner potentialities of man himself towards spiritual evolvement and enlightenment.

Before us is unfolded a principle of oneness among mankind. From family life to tribal life, to city to state, to provinces, kingdoms, and nations, a veil has been lifted from our hearts, that we, all races of mankind, can come together as one, united together. No longer as races of men, but as a race of mankind united in oneness and in brotherhood.

“In that day, saith the lord of Hosts, shall ye call every man his neighbor under the vine and under the fig tree.” Zechariah 3:10 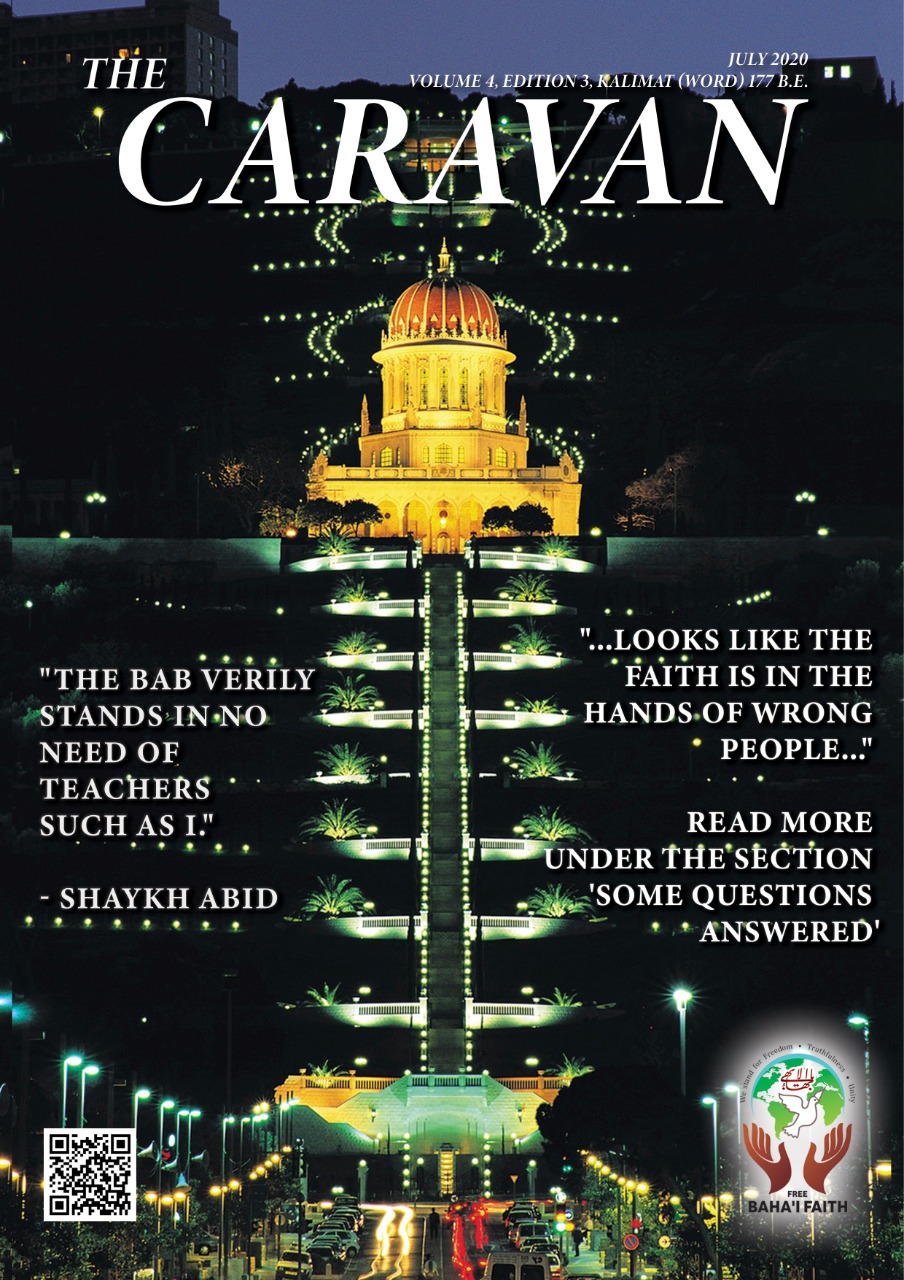