It is now a well-known and widely accepted fact that Shoghi Effendi acquired the position of Guardianship solely based on the forged Will and Testaments of Abdu’l Baha and by np other official introductions or prior appointments. The strongest evidence of the will of Abdu’l Baha (as released by Shoghi Effendi) comes from the then leading forensics expert Dr. Ainsworth Mitchel who’s forte as the lead consultant for the Scotland Yard providing expert witness on issues of the written word and handwriting. He has said as part of his investigation into the Will and Testament of Abdu’l Baha that the document provided is a forgery. This report is widely published on the internet.

Apart from this expert opinion let us take a critical look at the supposed guardianship of Shoghi Effendi from other perspectives.

Seeing the above and applying it to an everyday person we might hesitate to even call such a person as a Baha’i, let alone as the “Guardian of the cause of God”. We must keep in mind that Abdu’l Baha has said “if a person is to live his life treading on the principles of the Baha’i faith without overtly declaring himself as Baha’i, he has in fact lived as Baha’i. And if a person calls himself a Baha’i all his life and has not obeyed or followed the principles of the Baha’i faith then he is not a Baha’i.”

A little “Independent Investigation of Truth” would very easily reveal the truth.

Want to be a contributor for The Caravan?

Interested in contributing to the Caravan Magazine by writing a guest article? Kindly send us your article at thecaravan@freeBaha’is.org and if we find your article unique, knowledgeable and interesting enough for our readers, we will surely publish it in our upcoming issue. If you have any other queries, you can write to us at info@freeBaha’is.org Thank you! 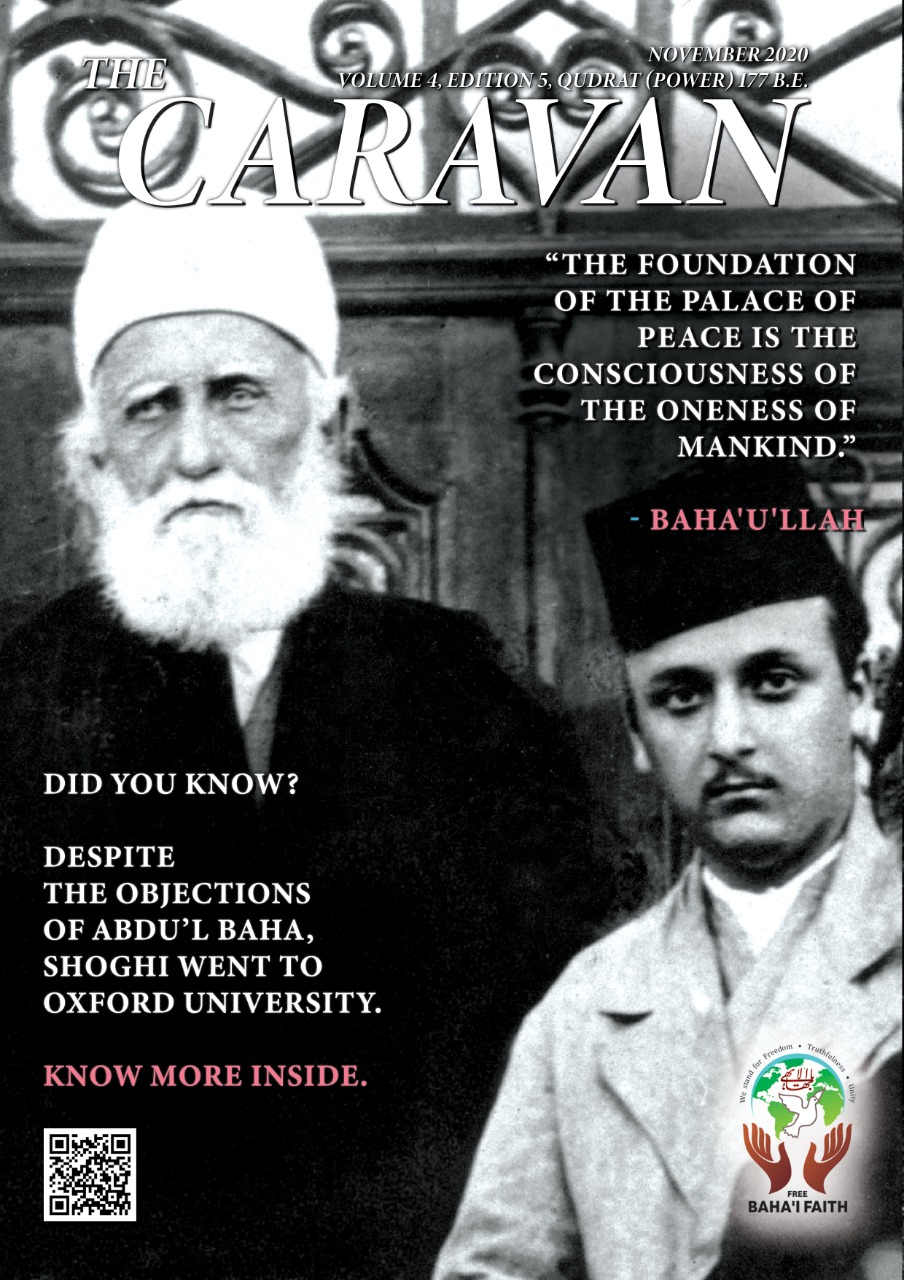